Waking up with superpowers and no memory, five strangers find themselves in a struggle for survival and a search for answers. Pursued relentlessly, will their hardships bring them closer together or turn them against each other? And will everyone make it to the end?

As Subject 5, you will have to make decisions that affect the entire group. Choosing your every line of dialogue, you will - directly or indirectly down the line - determine their ultimate fates.

Everything you say and do will impact your companions' feelings towards you, each other, and themselves. Any two characters may be rivals in one playthrough and friends in the next, leading to different conflicts and group dynamics every time.

Regardless of Subject 5's gender and orientation, you will have the option to pursue a romance with other characters. Whether sexual or emotional in nature, these relationships will feature prominently in the game.

Think fast and find clever ways to use your powers on the environment to defeat your enemies.

It has been an intense couple of months since our last post.

October was our first real crunch period, giving all of our energy to finish the demo in time for the Kickstarter. With a lot of hard work, draining our sanity, straining our deskbound bodies, and frying an overworked GPU in a dramatic turn of events, we eventually got there. Some content had to be cut, but we are proud of what we have been able to make with our limited resources. We are especially grateful to have had Edwin Montgomery create such a beautiful soundtrack that really helps set the tone for the tense, emotional, and heroic moments.

Because of our limited means of reaching out, awareness of Super/Human Identity was not high at the launch of our Kickstarter. From October 28th through November 27th, we only raised 12% of our funding goal. In some ways, it still feels like a win.

As newcomers to the scene, finding our audience seems to be half the struggle, and although only a small crowd has gathered so far, we are feeling your love and support. We have received some truly wonderful comments and reviews and we are very grateful for your encouragement.

The way we are making Super/Human Identity – visual novel presentation, with more western aesthetics, QTEs, and more story focus than in a dating sim - places our game in a niche within a niche. Knowing how engaged you are by the characters, the story, the choices, and the game world itself is confirmation that we are definitely doing something right. And again, as newcomers, that is greatly reassuring and motivating. From the bottom of our hearts – thank you!

Next for us is to continue our general work on the game, as well as improve the demo for a second attempt to raise the funds we need. This includes adding four new mutually exclusive scenes, more action, an improved character menu that goes into more detail about your unique playthrough, and complete more art so that we can showcase the slightly more attractive outfits that our heroes will be wearing later in the game.

The new and improved Kickstarter will launch on February 16th. By then, we will hopefully be in a better position to succeed in reaching our goal.

Once more – thank you so much for your support! 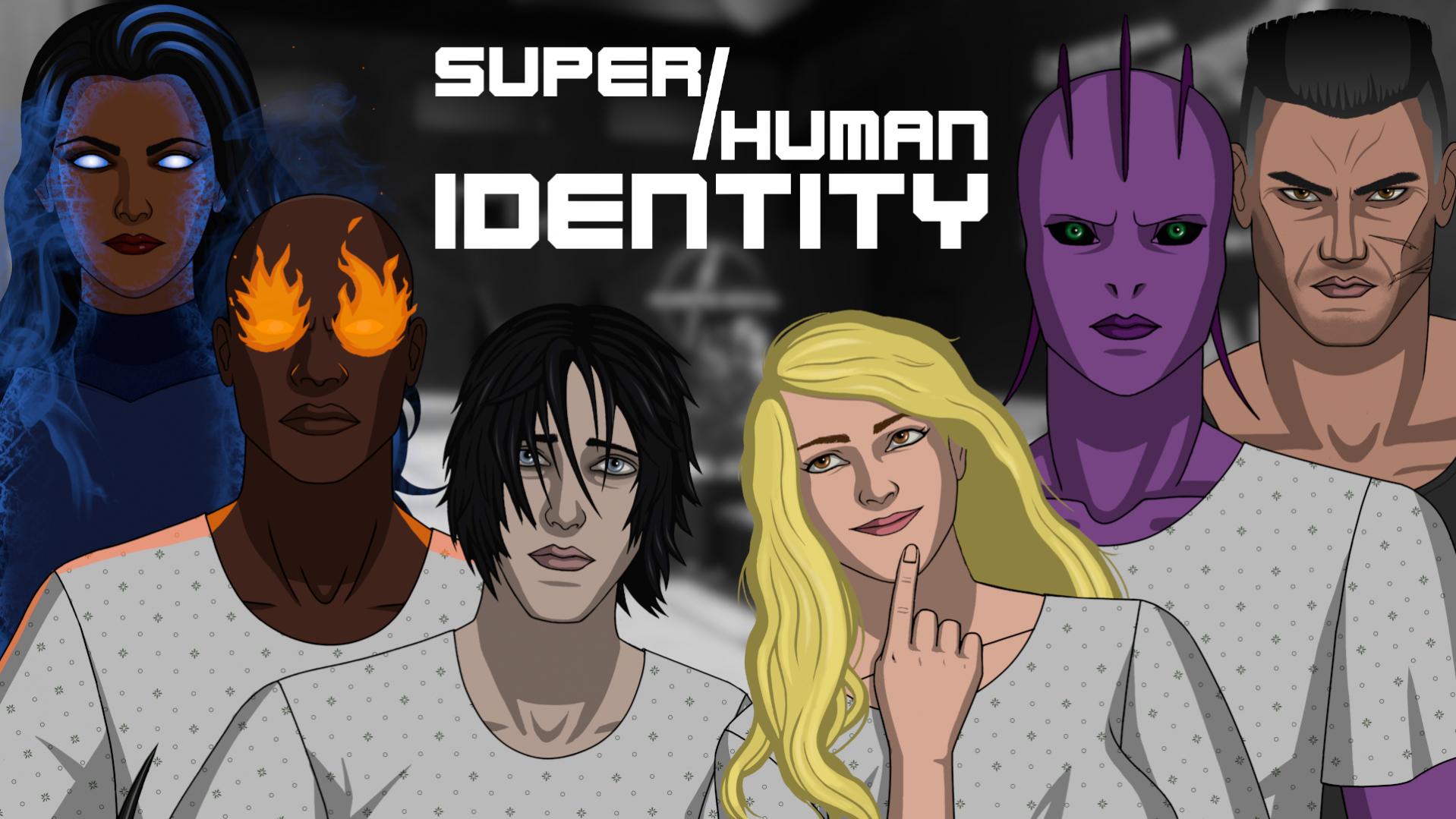 We are now well into the new year, and work on Super/Human Identity is progressing. However, between what is going on in the world and the dark Scandinavian winter, we have not been able to make quite as much progress as we had hoped.

It should hopefully not be too much longer before our updated demo is finished, but in order to ensure that our second Kickstarter has as good a chance as possible of succeeding, we want to take our time both with the demo itself and the preparation of the Kickstarter campaign.

This means that we will not be launching on 16 February as previously announced. We do not have a new date as of yet, as we want to be able to stick to whatever we say, but we will share it with you as soon as we are able.

Thank you for your patience!